Figures from the Office of National Statistics show economic growth of 0.5% in the period January to March 2019. This is an increase of 0.3% compared to the final quarter of 2018. The original Brexit deadline of March 29th is identified as the driving force behind the growth.

Two sectors which grew significantly are manufacturing and pharmaceuticals. The manufacturing sector grew at its fastest rate since 1988. This is due to a rush to fulfil orders and to stockpile parts ahead of the March 29th deadline, for fear that no deal would lead to delays at UK borders. Additional data shows that stockpiling of parts drove a surge in imports, with the total trade deficit (gap between what UK imports and exports) doubling in the first quarter. The total trade deficit widened from £8.9bn to £18.3bn, driven by a steep increase in imports of cars and gold. The pharmaceutical sector expanded by 9.4% during the first quarter of 2019, also largely due to stockpiling.

Is the growth sustainable?

The BBC quotes Chancellor Philip Hammond: “These GDP figures (…) show again that the UK economy is performing robustly, despite the evidence of slowing global growth and the continued Brexit uncertainty at home – so it’s good news.”
Some analysts warn that this growth is likely to be short-lived. The BBC reports Tej Parikh, senior economist at the Institute of Directors, as stating “Some businesses brought activity forward early this year in preparation for leaving the EU, so higher stocks and earlier orders have artificially bumped up the growth numbers. In the second quarter, many firms will be keen to run down their Brexit caches, which will drag on economic growth.” Other analysts however say that the figures are encouraging. Ruth Gregory, senior UK Economist at Capital Economics, said the figures offered some “encouraging signs that underlying growth gained some pace.” She adds that household consumption growth was “solid” and business investment grew “for the first time in four quarters.”

Photo by patricio davalos on Unsplash 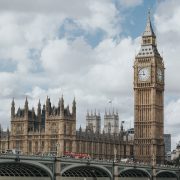 Make your job application stand out! Top tips to get the best formula for your...